WESTMONT, IL—InterVarsity Press was pleased to have four titles and one book cover selected for the 2020 Word Awards Shortlist. These honors are given out by the Word Guild each year to encourage the pursuit of excellence in writing and to help to raise the profile of Canadian writers who are Christian. The winners in each category will be announced at an online event on June 13.

The 2019 IVP books that were selected for the Word Guild short lists in the following categories include:

The Gospel According to Eve: A History of Women’s Interpretation by Amanda W. Benckhuysen

Timothy Larsen, McManis Professor of Christian Thought at Wheaton College, said “Not only is The Gospel According to Eve a brilliant work of historical recovery, but it also helps Christians today to reflect on issues such as media representations of women, the education of girls, marriage, childrearing, social reform, and public ministry. This book is good news for believers, whether they are men or women.” 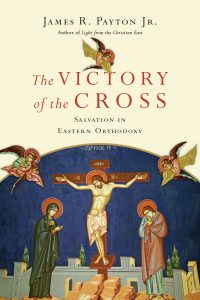 The Victory of the Cross: Salvation in Eastern Orthodoxy by James R. Payton Jr.

How can Christians claim that the death of Jesus Christ on the cross is a victory? Here James Payton, a Western Christian with a sympathetic ear for Eastern Orthodoxy, explores the Orthodox doctrine of salvation. Payton was also recognized by the Word Guild for three previous books: Light from the Christian East, Getting the Reformation Wrong, and A Patristic Treasury. 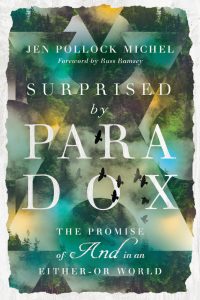 Surprised by Paradox: The Promise of “And” in an Either-Or World by Jen Pollock Michel

With signature candor and depth, Jen Pollock Michel helps readers imagine a Christian faith open to mystery. While there are certainties in Christian faith, at the heart of the Christian story is also paradox. Jesus invites us to abandon the polarities of either and or in order to embrace the difficult, wondrous dissonance of and. She writes, “As soon as we think we have God figured out, we will have ceased to worship him as he is.”

Surprised by Paradox was also one of four titles to make the Word Guild’s short list for the Best Book Cover Award. The design for this book was created by IVP’s art director, David Fassett. 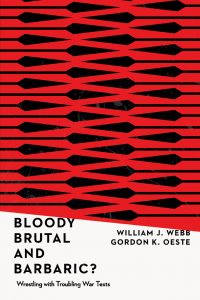 “William Webb and Gordon Oeste have written a courageous book dealing with some of the most challenging ethical questions about war, rape, and violence in the Old Testament,” said Michael F. Bird, lecturer in theology at Ridley College in Melbourne, Australia. “They approach it with ethical sensitivity and a high regard for biblical authority, explaining ancient war practices and advocating what I regard as a convincing thesis about an incremental redemptive ethic. A landmark publication on a perplexing subject!”

For a complete list of IVP award winners visit ivpress.com/award-winners.