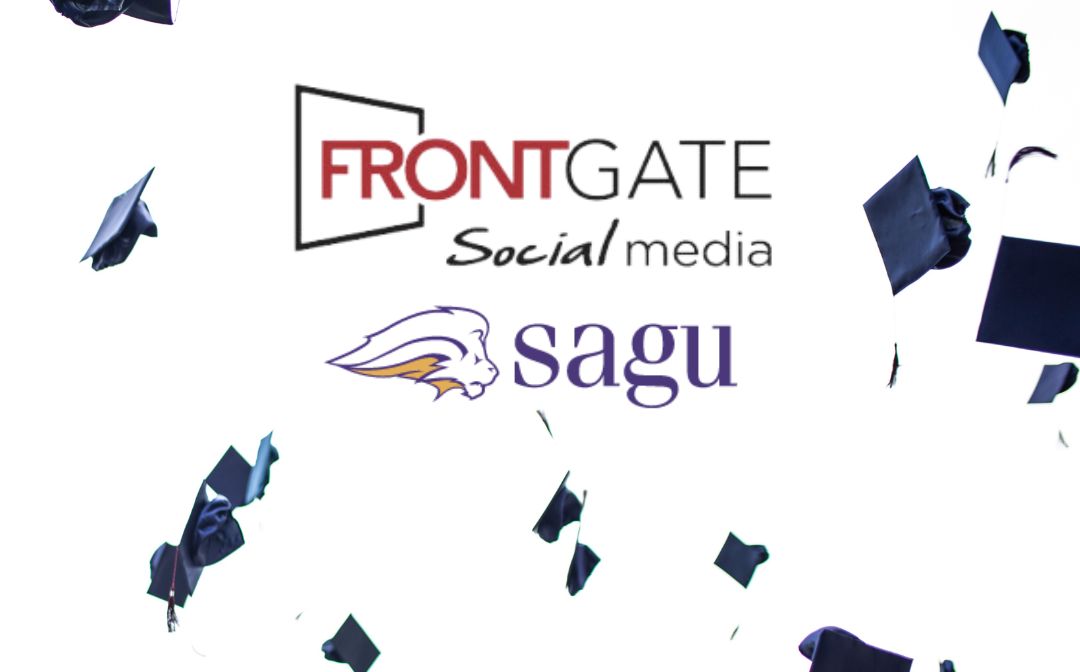 The target audience for this campaign included individuals interested in undergrad and graduate programs at a Christian university. To reach this target audience, we used filters to target people who’d indicated an interest in Online Christian Degrees, specifically men and women aged 18-24 whose interests matched:


We also targeted men aged 25-34 and women aged 34-45 with a college degree and an interest in Pentecostalism or the Assemblies of God church.

FrontGate Media developed a cross-platform social media advertising campaign that ran from June 1, 2021 to May 31, 2022 with the goal of generating awareness and interest in applying to SAGU.

The campaign included social media ads to a variety of different target audiences on Facebook and LinkedIn, highlighting general content about the university, information about online and grad programs, and a tuition reduction giveaway. FrontGate Media developed the ad creative and copy and a multi-faceted targeting strategy to ensure each ad was shown to qualified leads on each platform.

These co-existing campaigns generated excellent results for SAGU over the course of one year. Most notably was the number of link clicks and website visits!

The LinkedIn and Facebook lead generation campaign for SAGU’s tuition reduction giveaway ran from January 1, 2022 to March 31, 2022. During that time, the lead generation ads engaged the university’s target audience and increased leads.

By running these social media ad campaigns for a year, FrontGate was able to adjust and narrow targeting to receive better results for less cost per click. Each campaign generated significant results, including hundreds of clicks to learn more about SAGU, accomplishing the goal of this robust campaign.

Do you want to reach your target audience with a social media ad campaign? We can help! Connect with us to learn more about our lead generation and social advertising services.