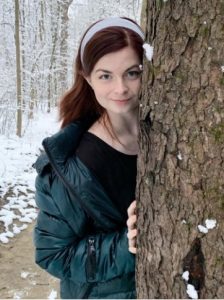 Memphis, Tenn., March 2022 – We’re often told that young people have no initiative. That they don’t want to work and have no drive. But 24-year-old Hope Bolinger seeks to undermine  generational stereotypes. Starting with joining End Game Press (EGP) in her dream role, a fiction acquisitions editor.

Bolinger has almost 10 years of industry experience, her most prominent role before this as a literary agent. During her time at the Cyle Young Literary Elite, LCC agency—starting agenting at 20 years old—Bolinger managed to land clients 70+ book deals, many at some of the largest houses in the industry.

In addition, Bolinger is a writer herself. Almost 20 of her books have found a home as well as 1200+ of her other works ranging from award-winning plays, poems, articles, and more. Her writing is seen by millions of readers each year.

But Bolinger’s passion ever since she was 16 was to be an acquisitions editor. “I saw how people of different ages were treated in the industry—both young and old. And I wanted to change that. To give more opportunities to people.”

Bolinger is seeking to expand the EGP fiction line in the genres of clean romance, historical, YA, MG, thriller, suspense, mystery, and women’s fiction.

In addition to acquiring titles, Bolinger works with the authors through all stages of editing, manages titles set for publication, and provides additional work in other areas at EGP.

“It’s been an absolute dream come true. This press is truly doing amazing things, and I’m so happy they invited me along for the ride.”