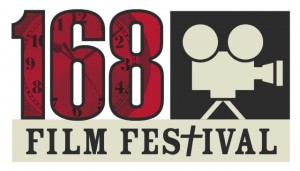 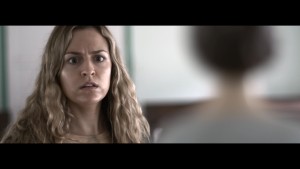 Riva is the story of a girl whose diseased hands bleed continuously. On a quest for healing, she receives a mysterious compass from a waitress in a diner. The compass leads Riva to the completion of her journey, where she has to swim across murky waters to meet a mysterious gentleman.

According to Adams, “As with anything worthwhile, this film came as a result of hard work and with many unforeseen obstacles – much like my character’s journey!  On location, Texas rains brought out snakes – in many locations, but specifically in the water, where I spent much of our shoot. With much prayer, I braved the waters. Just as God was faithful in leading Riva to find healing, he lead us through the journey of creating a film that I pray will touch many hearts and point all to Christ.”

A Special Merit Award was conferred on actor Jack Jovcic for his role in The Brotherhood.

In the past twelve years, the 168 Film Project has inspired over 850 films created by an estimated 15,000 cast and crew. 168 Film is also a launching pad for emerging artists like Maggie Jones, actor in We Bought a Zoo, and Joshua and Rebekah Weigel, writer/producers of The Butterfly Circus with 45 million Downloads, starring Nick Vujucic.

For interviews with Founder/Director John David Ware or for more information, please contact Lori Heiselman at 714-553-5181 or Lori@FrontGateMedia.com.