LOS ANGELES, CA, November 1, 2014 – Celebrated trial lawyer, PHILIP DUNN, Esq., has spent the past seven months providing legal counsel and support to Marine Sgt. Andrew Tahmooressi, who had been imprisoned in a Mexican jail.  Dunn, an experienced humanitarian, has worked as a founding member of Baja Christian Ministries, and has helped build over 2,000 homes for people in Mexico. He took on the leadership helm at the Serving California foundation to scale his healing work, coming to the aide of needy veterans and their families, crime victims and reformed ex-offenders. 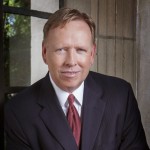 Dunn states, “We are thrilled that Judge Escobedo took the appropriate action and released Sgt. Tahmooressi.  We are now working feverishly to help Andrew and his family receive any help they may need, as well as continue their healing process.  We are thankful to have Andrew back on American soil.”

Dunn has dedicated over 30 years in pursuit of his passion, commitment, and aggressive defense of justice in Ventura County, CA, resulting in him receiving the “Local Heroes Award” from the Santa Barbara Independent, as well as being awarded the “Outstanding Attorney” by the Ventura County Criminal Defense Bar Association.

Dunn is also the President of Serving California, a faith-based, nonprofit foundation that is dedicated to the care and treatment of those dealing with PTSD. Serving California works directly with the United States Armed Forces, as well as active duty military, veterans and their families who struggle with Post Traumatic Stress Disorder.

Seven months ago, the 26-year-old Tahmooressi reported making a traffic error, which caused him to cross over the U.S/Mexican Border without a way of turning back. As he had in his possession legally purchased firearms, the Mexican Government claims that he broke the law and had been held in a prison for 214 days, until his release on October 31.

Dunn and his team from Serving California have been providing legal, emotional and spiritual support for Tahmorressi and his mother Jill since May, as well as assisting with the hiring and support of Fernando Benitez, Tahmorressi’s Mexican Lawyer.  Tahmorressi, like many other active duty military, struggles with PTSD, and Dunn and Serving California aggressively worked to not only intercede with his unjust imprisonment, but to also focus attention on his care while being detained.

After hearing about Andrew’s case from Serving California’s Director of Veterans Affairs, Chad Robichaux, Philip contacted Jill Tahmooressi. After their initial conversation, Dunn accompanied Jill to Mexico to meet with Andrew’s attorney and realized the attorney was not well suited to argue a case of this nature and magnitude. Phil assisted Jill in finding and securing a new attorney, Fernando Benitez, and remained a source of legal counsel during the whole trial.

“Our active duty military and veterans deserve the absolute best care, mentally, physically, emotionally and legally,” Dunn continues. “We are believing the best for the Tahmooressi family and look forward to continuing to help their family thrive in the months and weeks ahead.”

For more information or to schedule an interview with Philip Dunn, please contact:
Lori Heiselman
Lori@FrontGateMedia.com
714-553-5181