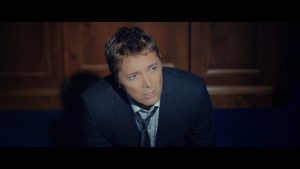 Orlando, FL – Orlando resident and acclaimed vocalist Steph Carse has just released a video of “The Lord’s Prayer” to both raise funds and to give hope to the grieving community in Orlando. With a call to action to pray for healing and to donate to the OneOrlando fund, “The Lord’s Prayer” video can be viewed here.

The day of the Pulse Nightclub massacre, Carse was immediately drawn to do something to help his community.  With a strong desire to love and bring comfort, pieces quickly began to fall into place and the concept for the video and the production of the project was completed in under one week.  A first edit of the video was posted as a test on Facebook and received over 10K views in 3 days with no promotion other than fans organically sharing the link.

As Carse explains, “It was important to remind everyone that LOVE is stronger than hate, and that prayers are powerful and needed to keep us safe and united. We are a nation under God, we just have to remember that He is with us in times of hardship.”

The video shares the story of a man who appears to have reached the pinnacle of success, but in reality he has found that success to be empty.  By falling to his knees and reciting The Lord’s Prayer, he begins a journey to find personal fulfillment and to dramatically impact the world around him.  All of the actors in the video, as well as the production crew, are residents of Florida, including volunteers from a variety of churches, schools and help from the Ocala Police. The Lord’s Prayer will also be featured on Carse’s upcoming album and television special, “My Shining Hour,” to be released in 2016.

Carse has had an incredible career, selling over 500,000 albums worldwide and receiving a 5-star review for his 36-show run in Las Vegas from Jerry Fink of The Las Vegas Sun. Known for his impeccable 4-octave vocal range, his story was featured in the PBS Documentary “A Portrait of Steph Carse”. In 1998, Steph achieved a career milestone when he was chosen to participate in the opening ceremony for PortoFino Universal Studios Florida.  Backed by a 25-piece orchestra and choir, Steph performed songs from Andrea Bocelli at the ribbon cutting, which also featured the Mayor of PortoFino, Italy as an honored guest.

Carse hopes that the song will provide hope and healing for the community, much like when he co-wrote and performed the official “Thank You” song for the Red Cross after Hurricane Katrina.  That campaign was birthed in Central Florida and Carse donated the song to The American Red Cross (ARC) of Central Florida three days before Hurricane Katrina. Later the song was used in a music video by ARC to thank all the donors and volunteers as well as to raise money for the Katrina victims. To view the “Reach Out” video, please click here.

“The Lord’s Prayer” video can be viewed here:

To donate or to find more information on OneOrlando, please see https://oneorlando.org.