The Way of the Father: Lessons from My Dad, Truths about God 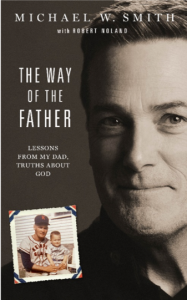 Nashville, Tenn. (April 2021) – My father was my hero. The kindest, gentlest man I have ever known. The person in my life who was always the most like Jesus to me and consistently reflected the qualities of my Abba Father.

Thus begins the latest book from CCM icon, multi-platinum artist and GRAMMY, AMA and Dove Award winner Michael W. Smith. The Way of the Father: Lessons from My Dad, Truths about God (K-LOVE Books, May 18, 2021) reveals how Michael’s father, Paul Smith, was a living example of God’s love – a role model for his family. Michael W. Smith, himself a father of five adult children and grandfather of sixteen, writes about his humble experiences of growing up in a small West Virginia town as well as his father’s story.

The Way of the Father is a deeply personal reflection on his father Paul Smith’s legacy and the profound effect he had on every area of Michael’s life. This book helps readers tap into the love of a Heavenly Father, regardless of a reader’s relationship with an earthly father. Michael’s stories about his own dad offer a glimpse into “our Father in Heaven” who is approachable, dependable and ever-present.

K-LOVE Books has crafted an extensive national marketing and media campaign to support the release of The Way of the Father. Elements include:

“My father was my hero. Even though he’s in Heaven now, he’s still my hero every day. My memories of his life, his words, and his wisdom are with me constantly as I parent and grandparent today,” writes Michael W. Smith. “Throughout his life, on a daily basis, Dad gave me a glimpse of what God is like. I am so grateful to be part of a long line of love and godly legacy through the grace and mercy of Jesus in our family.”

Smith not only honors his earthly father, but also reveals how God the Father is even more loving and gracious than any human parent. “I want to let you in on some lessons I learned from my dad,” he writes. “These lessons have connected with truths I have come to live out and believe. It’s my honor to share the principles and promises I’ve learned from the two most powerful influences in my life and ministry: my dad and my God—my Abba Father.”

Each chapter of The Way of the Father identifies a quality or characteristic of Michael’s father, Paul Smith. Each of these qualities were rooted in the elder Smith’s obedient life, committed to serving his Abba Father. Chapter themes include:

For readers who haven’t experienced a close family or loving father, Michael invites them to lean into their heavenly Father: “In our culture today, many people don’t have my testimony of strong, godly parents. But part of the great news of the Gospel is that God was the first and the ultimate Father so He can father you. In fact, He wants to father you. He longs to father you. At any age and any stage of life, He is there, ready. Regardless of the presence or absence of your dad, or your mom, God can be a Father to you.”

In writing The Way of the Father, Michael W. Smith partnered with long-time writer and creative Robert Noland. Noland is the writer of the bestselling memoir, I Can Only Imagine, with author and recording artist Bart Millard of MercyMe. 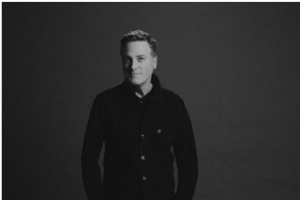 Michael W. Smith, a multi-platinum recording artist, has won three Grammy Awards, forty-five Dove Awards, an American Music Award, and has sold more than fifteen million albums. He has also given back to the global community, having raised funds to battle AIDS in Africa alongside U2’s Bono; started Rocketown, a safe haven for young people in Tennessee to meet and find hope; and has helped to improve more than 83,000 children’s lives through Compassion International. With a career spanning more than four decades, Smith has also starred in two films and written fourteen books, including a children’s book series. He lives with his wife, Debbie, in Franklin, Tennessee. They have five adult children and sixteen grandchildren.

K-LOVE Books is an imprint of EMF Publishing. Educational Media Foundation (EMF) is the parent organization of K-LOVE and Air1 radio and AccessMore podcasting.