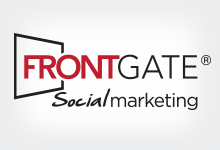 How to Navigate Instagram’s New Features 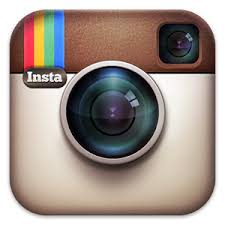 There was a bit of criticism surrounding social media giant Instagram’s recent announcement regarding their news feed changes. Most users were upset that they would no longer be able to view posts according to the time they were posted (meaning they wouldn’t be able to see them in order), and businesses were frustrated that their posts wouldn’t be shown to readers who didn’t choose to manually “follow” their feeds.

With all the proposed changes (which have only been tested with a tiny percentage of Instagram users), what really has happened to the beloved social site?

-You’re already missing posts you don’t realize: According to Instagram’s blog, you’re already missing about 70% of the posts from your friends and family on the site to begin with. “The order of photos and videos in your feed will be based on the likelihood you’ll be interested in the content, your relationship with the person posting, and the timeliness of the post. As we begin, we’re focusing on optimizing the order — all the posts will still be there, just in a different order.” (Source). Because you already miss posts, you may not even notice the changes when they occur.

-Instagram is really rewarding the best content: As frustrating as it can be for small businesses who feel slighted (like when Facebook began rewarding paid posts with larger organic reach), it should be motivational to create even better content. When Facebook made their newsfeed changes, they reduced their organic free reach from 13% to 11%. But it made businesses step up to the plate and examine the types of content they were producing. Because IG is now rewarding the most popular content, you’ll see tangible results when your posts are truly reaching your audience.

-Instagram is still the leader of the pack: Although Facebook still is the largest social network, the engagement rates of Instagram’s over 400 million users have surpassed Facebook. Losing out on engagement with IG will truly hurt you in the long run, so be sure to alert your audience to manually click “follow” on your brand page.  If you choose to pay for an ad, be sure to look carefully at the three options: images, video, and carousel image ads. Figure out what your target goal is: app installs, video views, or the more classic website clicks.

-Don’t forget the hashtags: With the changes on their way (Instagram says they will announce the impending dates soon), hashtags are even more important. Instagram limits each post to 30 hashtags, but according to social media experts SocialBakers, once you use more than 10, your interactions drop by 60%. Be sure to use actual words (SocialBaker uses “huzzah” as an example; no one is going to be searching for huzzah, even though it seems like a fun word to use. You’d essentially waste one of your ten recommended hashtags), and only use slogans or catchphrases as part of a campaign (i.e.: Domino’s Pizza used #letsdolunch, but did a post asking their users to use it before they began using it themselves, thus creating a campaign).