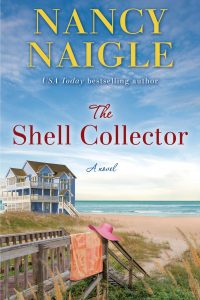 NEW YORK – August 16, 2022 — FOX Nation, FOX News Media’s direct to consumer streaming service, is set to release its first original film, marking the platform’s entry into in-house movie production, announced John Finley, Executive Vice President of Development. On Thursday, September 1st, FOX Nation will premiere “The Shell Collector,” a feature film based on a bestselling title by author Nancy Naigle. Over the course of the next year, the streaming service will roll out three additional original films with the next release tied to the holiday season.

In making the announcement, Finley said, “Since launching less than four years ago, FOX Nation has established itself as a go-to destination for lifestyle and entertainment programming. I’m thrilled to share our expansion into film production and Nancy Naigle’s The Shell Collector is the perfect fit for our first title.”

Produced in association with Cartel Pictures, FOX Nation’s “The Shell Collector” will star Caitlin Clark, Christopher Russell, and Jennifer Higgin in a heartwarming story about a widow, Amanda Whittier, with two children who befriends some interesting characters in her small seaside town as she looks to forge ahead with her new life following the death of her husband. Throughout the journey, three friends find encouragement in the most mysterious places, discovering a love that’s bigger than their pain, healing their wounded hearts in ways none of them could have hoped for or expected.

“The Shell Collector” is adapted from bestselling author Nancy Naigle, who has developed a dedicated following over the years for her deeply moving small-town love stories mixed with suspense. With over 30 titles in print, including “What Remains True,” “Recipe for Romance,” and “The Christmas Shop,” Naigle is a USA Today bestselling author who began her debut contemporary romance series, “Adams Grove,” while juggling a career in finance and life on 76-acre goat farm. Several of her holiday titles have been developed into movies for The Hallmark Channel, including “The Secret Ingredient” and “Christmas Joy”. “The Shell Collector” debuted on the Evangelical Christians Publishers Association (ECPA) Bestseller list at number 20.

FOX Nation is a direct-to-consumer on-demand streaming service designed to complement the FOX News Channel experience with a members-only destination for its most passionate and loyal super fans. Featuring more than 5,000 hours of content, the subscription service includes conservative opinion programming, lifestyle, and entertainment content, as well as historical documentaries and investigative series from a multitude of FOX News personalities at a cost of $5.99 a month/$64.99 a year. Launched in 2018, FOX Nation is available at foxnation.com and via app for iOS devices, Android devices, Fire TV, Apple TV, Google TV, Android TV, Roku, Xbox One, FuboTV, Vizio TVs, and Samsung TVs as well as DIRECTV, YouTube TV, Comcast Xfinity, Cox Contour and The Roku Channel.