Carol Stream, Ill. (January 14, 2019) Focus on the Family, in alliance with Tyndale House Publishers, will release three new Adventures in Odyssey products on March 5, 2019. In line with Focus on the Family’s corporate mission, the new products— Trial by Fire, Terror in the Tunnel, and Cross-Check—will equip parents to raise their children with thriving faith. 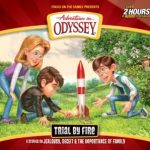 Trial by Fire
6 Stories of Jealousy, Deceit & the Importance of Family
Adventures in Odyssey #66
With more than 25 million products sold, Adventures in Odyssey resources continue to be popular entertainment for the entire family. The audio dramas are produced and performed by award-winning writers, voice actors, and production crew. They can serve as conversation starters on tough topics like bullying, friendship, and courage. Dramatic conclusions and fresh beginnings abound in these six new and inspiring adventures in Odyssey. 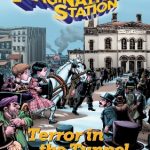 Terror in the Tunnel
The Imagination Station Series #23
A spin-off of the beloved Adventures in Odyssey audio dramas, The Imagination Station has sold more than 800,000 copies in the series. The books teach history and a biblical worldview through exciting time-travel adventure stories. Terror in the Tunnel is the second in a three-book story arc that takes place during the time of the American Civil War. 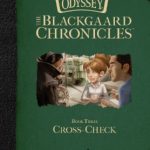 The Blackgaard Chronicles introduces stories based on classic episodes of the Adventures in Odyssey audio program. Cross-Check, the third installment in the series, tells a compelling story of good and evil. Phil Lollar, the author of The Blackgaard Chronicles, has created, written, produced, and performed in dozens of kids’ audio/video series, including Adventures in Odyssey; Jungle Jam and Friends; The Little Angels; Little Dogs on the Prairie; 3, 2, 1 Penguins; Paws & Tales; The Wubbulous World of Dr. Seuss; Hi Hi Puffy AmiYumi; Tom and Jerry; and Space Racers.