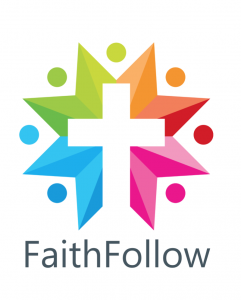 With a mission to foster a strong community among fellow believers, Faith Follow launches as a new social media platform where Christians can gather to share thoughts, give praise, post prayer requests and hear encouragement. Available on both the FaithFollow.com website and through the iOS and Android compatible app, Faith Follow is created by Notion Digital, one of the fastest growing companies creating digital products specifically for Christians. While Notion Digital is only one year old, their existing apps already boast over 175,000 daily active users, 200,000 Facebook likes, and 2M Mobile App installs.

Brian Setaro, Founder of Notion Digital, explains, “When we started looking for organizations to partner with for publicity and branding, FrontGate kept coming to the top of the list.  We are thrilled that FrontGate is coming alongside us to launch this social network that will be a great asset to churches, families and Christians as a whole.”

Scott A. Shuford, Founder/CEO of FrontGate Media states, “With the recent instances of Facebook censorship and increased persecution of Christians from corporate and government organizations here in the U.S. and internationally, the time is right for a social community like Faith Follow.  With the established user base of the company’s sister apps, I am excited for the growth of this community for Christians.”

About FrontGate Media
Award-winning FrontGate Media (http://FrontGateMedia.com) is the largest Marketing Service and Web & Events Group reaching the faith and family values audience.  Serving as “Your Gateway to the Christian Audience,” the firm provides Faith-based market Strategy Development, Public Relations, Media Buying, and Social Media Marketing. FrontGate’s own Web & Events Network also provides reach to more than 10 million people and 17 million email subscribers. Founded in 2001, FrontGate has repeatedly been honored in the Internet Advertising Competition and the WebAwards. The company plays a key role in the success of for-profit and non-profit organizations seeking the faith-based and family-friendly audiences.

Notion Digital (http://www.NotionDigitalMedia.com) is one of the largest and fastest growing mobile app developers with Christian content.  Founded in 2015, Notion Digital has already accumulated over 2 million app installs and created a social following of over 300,000 Christians. Faith Follow is the newest product from Notion Digital, with a goal to be the largest Christian social network where believers can gather to openly discuss their views, share prayer requests, partake in a number of groups and meet other Christians. The Faith Follow apps are available on iOS and Android devices and also available through the website, http://www.FaithFollow.com.