The New Living Translation (NLT) was first published in 1996, and since then more than 50 million copies have been sold. It is consistently among the top English translations in terms of copies sold each year. The NLT was created by a team of 90 top Hebrew and Greek scholars working with texts in the original languages. Tyndale’s commitment is to make the Bible understandable and accessible to all readers. Accordingly, the translators’ goal was to create a modern English translation that was true to the meaning of the original texts and was as readable and dynamic as The Living Bible, a paraphrase by Kenneth N. Taylor that was first published by Tyndale House in 1971.

The NLT was created under the auspices of Tyndale House Publishers, and Tyndale is the primary publisher of the NLT. The Bible Translation Committee is a semi-independent body that is responsible for ongoing review of the text of the NLT.

The NLT Bible Translation Committee has seen significant changes with the passing of Dr. Grant Osborne, general translator for the Gospels, and Dr. Norm Ericson, general translator for the Epistles. Recent committee discussions have focused on the need to include younger scholars who represent the next generation of translators. They will offer fresh insights as they participate in overseeing the NLT text into the future.

Lynn Cohick, PhD, is the Provost of Northern Seminary and Professor of New Testament. She has written The Letter to the Ephesians (New International Commentary on the New Testament) and co-authored with Amy Brown Hughes Christian Women in the Patristic World. In addition to her administrative responsibilities at Northern, she teaches in the MA in Women and Theology program. She also directs the Women, Theology, and Leadership track within Northern Seminary’s DMin program. She serves as President of the Institute of Biblical Research. As a member of the BTC, she will be specifically responsible to oversee ongoing review of the Gospels and Acts in the NLT.

Nijay K. Gupta, PhD, is Professor of New Testament at Northern Seminary. His recent books include Paul and the Language of Faith and A Beginner’s Guide to New Testament Studies. He has published commentaries on Colossians, 1-2 Thessalonians, Philippians, and Galatians (forthcoming), and has served as chief editor of Bulletin for Biblical Research and Journal for the Study of Paul and His Letters. He is co-editor of two important forthcoming works: Dictionary of Paul and His Letters (2nd ed.) and The State of Pauline Studies. As a member of the BTC, he will be specifically responsible to oversee ongoing review of the Epistles and Revelation in the NLT. 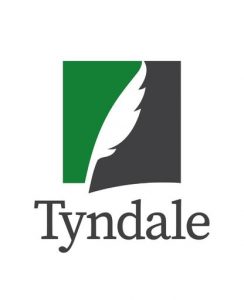