Dr. Joseph Castleberry Speaks Out
On Behalf Of Immigrants On Fox News 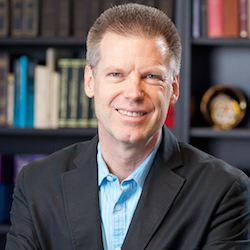 Nashville, Tenn. – October 26, 2015 – Dr. Joseph Castleberry spoke out on behalf of immigrants in a recent interview on the Fox News Channel program America’s News HQ. Speaking with Emmy award winner Kelly Wright, Dr. Castleberry stated, “If you look back at America’s history, immigrants have always been a source for the renewal of our deepest values. Immigrants have always come to America looking for an opportunity, they tend to come with a strong religious faith, they tend to be moral people who work hard and have great values. They come here because they want to be Americans.”  By renewing America’s historic identity as e pluribus unum, one nation made up of many peoples, Dr. Castleberry explains “they not only become Americans themselves, they help America continue to be the nation its founders envisioned.” 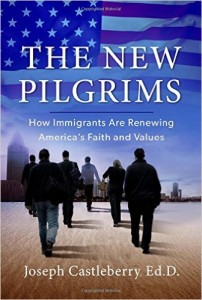 Dr. Castleberry, President of Northwest University and author of the recently released book titled The New Pilgrims, states, “The New Pilgrims focuses on many of the ways immigrants are giving America new hope and restoring our most precious values.”

An educator, minister, visionary, author, public speaker, innovator, and thought leader in both the religious and education communities, Dr. Castleberry has spoken at many conferences in America as well as around the world. Dr. Castleberry recently presented a paper at a conference on the rule of law sponsored by the National Commission on Human Rights in Mexico and just returned from conducting a seminar on networking for business leaders in Malaysia.

Kelly Wright is an anchor reporter for Fox News Channel (FNC) as well as an anchor on “America’s News Headquarters” on Saturdays (4:00 – 5:00 PM/ET). Wright was recently inducted into the Martin Luther King, Jr. Board of Sponsors at Morehouse College for his “Beyond the Dream” series. The recent interview with Kelly Wright and Dr. Joseph Castleberry can be viewed on the following link http://public.media.foxnews.com/2015/10/13/101315ANHQCASTLEBERRY-4O0G4RAA_WMPG4.mp4