July 19, 2018 — San Diego, CA – The largest pop-culture entertainment event in the world, COMIC-CON INTERNATIONAL: SAN DIEGO 2018 kicked off last week with an attendance of more than 125,000 per day with hundreds of thousands more attending related events in downtown San Diego.

The CHRISTIAN COMIC ARTS SOCIETY is honored to partner with Brentwood Studios & the Aetherlight MMO to deliver top talent, projects, and compelling events open to all Comic-Con attendees.

The Christian Comic Arts Society hosted three events as part of the official Comic-Con programming, and exhibited throughout the convention in the Small Press area #P-08.  Courtesy of Brentwood Studios and Tyndale House Publishers, Con attendees received a copy of book one in “The Delusion” Young Adult novel series by Laura Gallier available at the CCAS events while supplies last. 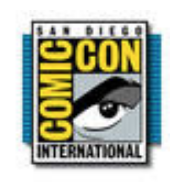 Also, as in years past, CCAS featured book signings and giveaways throughout the weekend at their booth, #P-08.

For more information on the Comic-Con International: San Diego, go to http://www.comic-con.org.

ABOUT CHRISTIAN COMIC ARTS SOCIETY
Christian Comic Arts Society (CCAS) was formed in 1984 to locate and link Christians interested or active in the comic book/graphic novel medium. CCAS sponsors comic industry activities at various comic conventions across the country, and Alpha Omega, the APA of Christian comics.  The goal and purpose of CCAS is to support Christian professionals, hopefuls and enthusiasts within the Comic Book and related industries by providing opportunities for: 1. The sharing of the Christian message and our Christian faith, primarily within and through the comic book industry and art form. 2. Mentoring, training, friendship and networking. 3. The collaboration on and creation of visual storytelling. The CCAS is governed by a volunteer board which includes Ralph Miley (New Creation,) Holly Knevelbaard (Illustrator,) Clint D. Johnson (“FaithWalker”,) Luis Serrano (“Samson The Nazirite”,) and Scott A. Shuford (FrontGate Media) along with numerous volunteers from the comic industry and the Church. For more information on the Christian Comic Arts Society, go to www.ChristianComicArts.com, Facebook.com/ChristianComicArts, or Twitter.com/ChristianComics.

ABOUT BRENTWOOD STUDIOS
Started in 2008 by former VeggieTales executives, Brentwood Studios partners with producers and content owners to develop new ideas, and manage brands that kids love and parents appreciate. Leveraging experience, creative, and strategic thinking, Brentwood Studios works with our partners to create new products and advance licensing, strategic alliances, distribution, sales, and marketing. Brentwood is led by Bob Starnes, Brock Starnes and Dan Lynch who joined the team in 2016. Dan most recently served as Publisher and Founder at B&H Kids, a division of Lifeway and prior as VP/Publisher for TommyNelson. Brentwood Studios is based in Franklin, Tennessee. http://www.brentwoodstudios.net