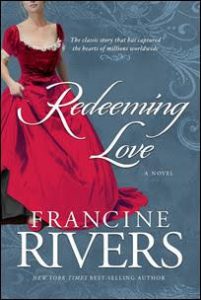 REDEEMING LOVE, a big screen adaptation of Francine Rivers’ best-selling novel, has been announced as a theatrical release nationwide for spring 2021.

Principal photography completed in March, where production transformed Cape Town, South Africa into California and Boston during the Gold Rush Era of the 1850’s.

The film is based on the novel Redeeming Love, which has remained on multiple fiction best-seller lists for over 15 years, sold over three million copies, and has been published in more than 30 languages. 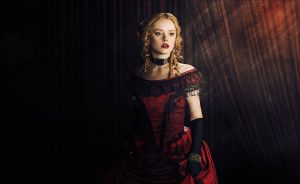 Francine Rivers, the New York Times best-selling author of over 30 books, who co-wrote the screenplay with director D.J. Caruso shares her excitement to see the story come to the big screen. “This is a dream come true, not just for me, but for so many who have been asking when Redeeming Love would become a movie,” says Rivers. “I am delighted that we recently completed production with an amazing director and cast. I can’t wait to see it on the big screen early next year.”

Director Caruso admits that when his wife introduced him to the novel, he immediately felt the passion and vision to make a great film and to write these complex and dynamic characters with Rivers. “While many are victims of horrible circumstances that will haunt them forever, some characters are able to overcome the pain, the sorrow and the brutality to discover how remarkable they truly are,” states Caruso. “Angel’s journey reminds us that healing happens through love and acceptance, never through judgment or force.”

The film will mark the second collaboration in two years between Cindy Bond and Simon Swart, who produced the immensely successful inspirational film, I CAN ONLY IMAGINE. Michael Scott and David A.R. White are founding partners of Pure Flix Entertainment, the leading independent faith and family studio in the world.

REDEEMING LOVE is a powerful and contemporary retelling of the biblical book of Hosea. The timeless love story takes place against the romantic backdrop of the California Gold Rush of 1850. The story centers on Angel (Cowen), whowas sold into prostitution as a child. She has survived through hatred and self-loathing, until she meets Michael Hosea (Lewis) and discovers there is no brokenness that love can’t heal. The story reflects the redemptive power of unconditional and sacrificial love with characters and circumstances relevant to the contemporary world.

Producer Cindy Bond believes the film will deliver the transformational message that hope and love can overcome even the darkest of times. “Francine Rivers’ Redeeming Love is iconic. It is the most romantic and meaningful story I’ve ever read,” says Bond. “Powerfully brought to life by D.J.’s incredible creative vision and passion, this is a story that will move the hearts of all audiences for many years to come.  We are honored to be producing this beautiful love letter of a film for such a time as this.”

Information will be featured on the web site www.RedeemingLoveMovie.com