Announcing a new General Editor for the Evangelical Exegetical Commentary

Lexham Press is pleased to announce that Tremper Longman III has been named the new General Editor for the Evangelical Exegetical Commentary (EEC) series. In addition, David T. Lamb will join the project as the new Old Testament Editor.

The acclaimed volumes in the EEC are essential resources widely used by pastors and scholars alike. The transition to a new General Editor serves to reinforce the fundamental mission of the EEC: to deliver thoroughly scholarly commentaries that don’t compromise on evangelical convictions. Lexham is excited to continue to pursue the vision of the EEC with excellence.

Longman is Distinguished Scholar and Professor Emeritus of Biblical Studies at Westmont College where he taught for nineteen years after teaching at Westminster Theological Seminary in Philadelphia for eighteen years. Longman said, “I am grateful and excited to assume the position of General Editor of the Evangelical Exegetical Commentary. Commentaries have an essential role in informing and influencing pastors, scholars, and lay people in the interpretation of Scripture. Thus, I take my role very seriously in helping this excellent series present the very best in evangelical scholarship in service to the church over the next few years.” 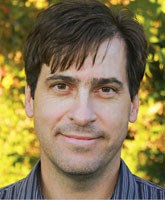 Lamb, the MacRae Professor of Old Testament and Dean of the Faculty at Missio Seminary, said, “I am delighted to be joining Tremper Longman and JoAnna Hoyt in editing Lexham’s distinguished Evangelical Exegetical Commentary. I am confident that this series will serve future generations of scholars, pastors, and church leaders, empowering them to see that the Word of God is a lamp to our feet, and a light to our path.”

We wish to thank H. Wayne House and William D. Barrick, the original General Editor and Old Testament Editors, respectively, for their service and dedication to the EEC. In his letter of resignation, House said, “It has been my honor to have created this project and guided it over the years.”

With Longman and Lamb on board, the full editorial team is structured as follows:

For more on the EEC series, visit https://lexhampress.com/Evangelical-Exegetical-Commentary