Carse to share the stage with Jimmie Miller and Broken
& Redeemed Dance Studio and the Immaculate Church Choristers. 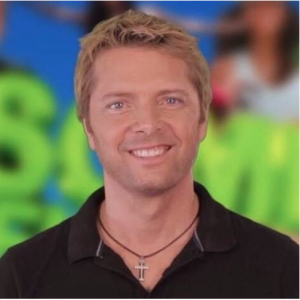 Orlando, FL – Internationally acclaimed vocalist STEPH CARSE will be performing in Cape Girardeau at a Holiday Benefit Concert in collaboration with Y i Count and Cool Kids Against Bullying.  Held at The Osage Center on November 13, Carse will share the stage with Jimmie Miller & Broken and Redeemed Dance Studio and the Immaculate Conception Church Choristers, sharing an evening of music and a message that everyone is special in their own way.

Carse is passionate about the issues surrounding bullying, which inspired him to write the soon to be released anthem “Awesome” and launch the Y i Count campaign.  “Bullying has become an epidemic in our nation, and we hope this event reminds people that words have power.  Bullying is never ok. We want to inspire Cape Girardeau to start a movement that celebrates the uniqueness of each person.”   The Holiday Benefit Concert will feature empowering, inspirational songs that celebrate life along with a few songs that will kick off the Christmas season.

Carse is an award-winning songwriter, performer, recording artist and television producer.  Known for his ability to draw people into a shared journey through music and visual media, his hyper-creative mind combined with charismatic charm has created an exceptionally loyal fan base.  Carse has always shown a heart for causes, having co-written and performed the Official Song for The American Red Cross “Reach Out,” as well as writing and performing the lead song for the “Holiday Heroes” album which raised over $2 million dollars in net profit for The Special Olympics in Canada.  With over 500,000 personal album sales; a 5 star, 36 show run for his Las Vegas show; and 5 awards from The Florida Motion Picture and Television Association for a one-hour TV special he created for PBS.

His latest project, My Shining Hour is a collection of deeply personal, original songs of faith alongside stirring renditions of “Amazing Grace,” “How Great Thou Art,” “Crying in the Chapel,” and “Make You Feel My Love.”  My Shining Hour releases in early 2017 and will be accompanied by a companion TV special.

For more information or to schedule an interview with Steph Carse, please contact…