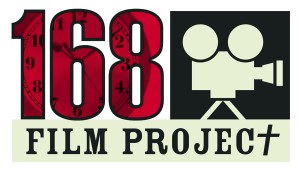 $25,000 in Cash and Prizes and State-of-the-Art Screening

The 168 Film Project is unique in format, as filmmakers from around the world have ten days to write and pre-produce their films, then 168 hours (one week) to shoot and edit an 11-minute entry based on a scriptural theme. The contestants vie to win a share of $25,000 in cash and prizes, including $5,000 cash awarded in the Best Film category.  The theme for 2015 is “Freedom.”

Participating films will screen at the state-of-the-art Regal Cinemas Premiere House at LA Live during the 168 Film Festival.  This annual event will take place on Saturday and Sunday, August 29-30, 2015.

In the previous twelve years, the 168 Film Project has inspired over 850 films, and an estimated 15,000 cast and crew have participated. 168 is also a launching pad for emerging artists like Maggie Jones, actor in “We Bought a Zoo,” and Joshua and Rebekah Weigel, writer/producers of “The Butterfly Circus.”

For this year’s competition, Verse Assignment is May 12, and then Production and Post-Production Week is May 22-29. Entry fees are currently available at a special rate of $248 until April 13th, increasing to  $298. Fees include festival tickets and admission to panels and networking events. Teams are responsible for all costs regarding their entry.  Stories may be conceived in advance, but no writing may occur until the official Verse Assignment. Turn-in deadline (May 29) and total run time rules are strictly enforced. For complete details and to enter, please see http://168film.com.  All completed films are screened during the 168 Film Festival.

Actors wishing to be cast in one of the films can contact producers directly on Facebook or participate in VIP Mixers and an Actor’s Workshop-Showcase with Director Greg Michael in Los Angeles.  See the official schedule at https://www.168film.com/calendar.

“In the 168 Film Project, filmmakers receive a one of a kind, experiential jolt in both creativity and problem solving skills.  Achieving mastery at this breakneck pace is predictive of future success and keeps teams coming back year after year,” said Founder and Director, John David Ware.

For interviews with Founder/Director John David Ware or for more information, please contact Lori Heiselman at 714-553-5181 or Lori@FrontGateMedia.com.